We would like to extend a very warm welcome to our incoming Football Development Team. In 2022, we start a new era with Harry, Patrick and Frank joining the club to drive and run our Football Programs. 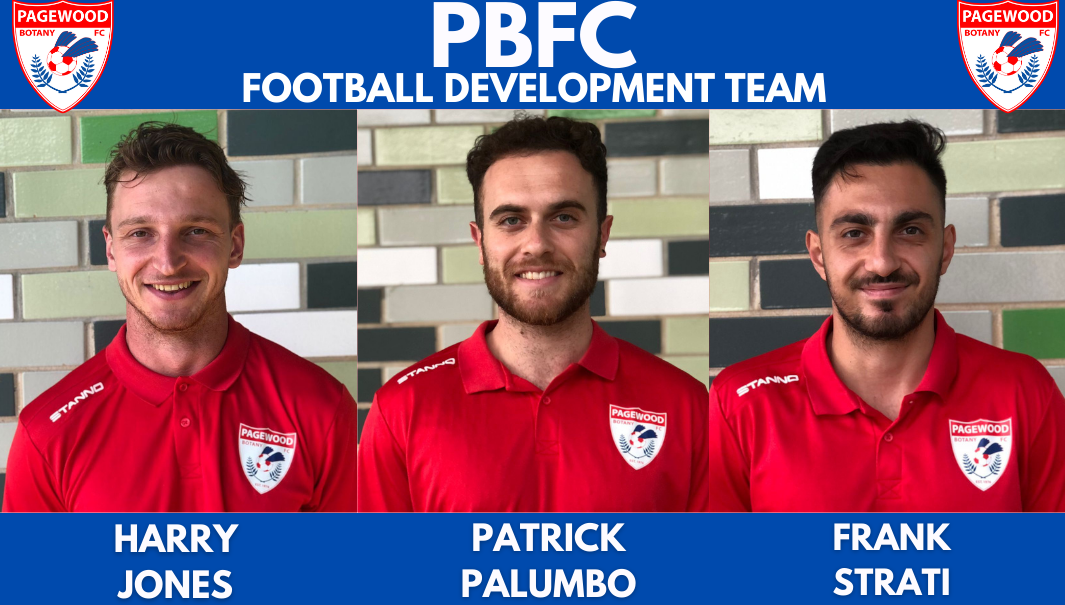 A little bit about the guys:

HARRY
Harry loves to see young players grow their footballing abilities and has coached a wide range of ages, from toddlers to adults over the past 10 years. He has played in the NSW National Premier League at both Junior and Senior levels representing Dulwich Hill, Sydney University, Hakoah Sydney City East and St George Saints where he still currently plays.

Harry has worked over the last few years with various football schools and academies, gaining the knowledge necessary to develop the skills of young footballers. With years of professional training under his belt, Harry is able to effectively adapt sessions according to skill level and age.

PATRICK
Patrick has been coaching in the local community for over 10 years and has taught many footballers, from players first few dribbles as a child and throughout their entire junior football journey. Patrick enjoys seeing players work as a team and is eager to help the coaches at Pagewood see their teams grow and take what they learn on the training ground into the games on the weekend.

The many years he has spent playing at a high footballing level, has enabled Frank to share his football knowledge with young players. Along with his football background, Frank has a C-licence coaching certificate which aids him in creating effective SAP style sessions for aspiring junior footballers.