Waverley Ressies bounced back into form with a resounding and decisive 9-0 win over Pagewood on Saturday. After a slow start to the season, the Ressies are back on track, in what was a strong performance.

It was a comprehensive effort from Waverley all round, though a special mention must be given to Matty Taylor for his efforts as stand in keeper. Though he wasn’t tested all that often, his efforts in playing like an extra sweeper were superb, even adding a saved penalty to add to his portfolio. Let’s see if this will launch the Waverley Ressies season!

Pagewood did an excellent job in commemorating the 10th year anniversary of The Dimos Shield. The hosts created superb jerseys to mark the occasion and the minute’s silence was immaculately observed by both sides. Pagewood’s post-match presentation was hugely appreciated by the visitors.

This fixture was a very close and competitive game with both sides playing good football, and not much between the sides. Pagewood had plenty of possession but went behind to a good strike from Waverley, who held on to win the game by the solitary goal. A good competitive game played in the spirit of the day.

On the pitch and buoyed by the Ressies’ 9-0 win, Waverley’s first grade produced a robust performance which resulted in them taking home six points for the first time in 2015. “The Waves” Thierry Henry scored a sublime winner following an electric change of pace and beautifully composed finish. Despite some late and frantic defending the Old Boys deservedly held out for a 1-0 win. 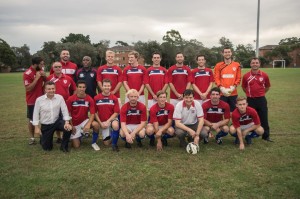 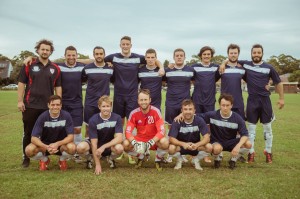