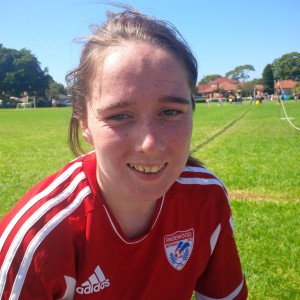 Biggest achievement in football – winning the league back home in Ireland

Other Hobbies/Favourites – Gaelic Football . Loves a beer (Tooheys)  and a good Spaghetti Bolognese.

Over the weekend, the Premier League, Over 45s Men and All Age Women kicked off their 2014 campaigns. On Saturday Reserve grade it was a great start to the season with a 3-2 win (Bagel, Stefano M & Justyn). The 1st grade was slightly unlucky with a 3-2 loss (Pete & Remi) – a great close result nonetheless.

A Massive congrats to the All Age Women and Over 45 Men for progressing to Round 2 of the ESFA Cup. Both had good wins against sides who play in leagues higher than them. Bring on Round 2!

Next week the Junior Boys and Girls kick off their seasons so look forward to seeing who their  shining stars are.